America is not a Dictatorship.

I’ve just lived through the weirdest election ever.

I’m sure most of you understand what I’m talking about.

Of course neither is true.

Even though I have been researching people like the Clinton Clan for decades, I’m still not convinced that Mr.Trump is not going to end up being as controlled as they were.

But to be fair he is not inaugurated yet.

I wanted to write about the election sooner but frankly it was all unfolding so fast there wasn’t a moment to comment. I mean this election was complete with NSA operatives putting out YouTube videos about the bloodless coup/counter-coup taking place under our information controlled entertainment soaked unconscious noses.

Next thing you know president elect Trump, is lambasting the broadcasters and journalists for all the lies they told during the campaign. Another piece of sugar for those of us who research the truth of the -propaganda mainstream- media we all labor under.

Next thing you know Trump’s got his own YouTube channel and is addressing the nation directly. Is this a good thing? Is this a bad thing? All we know at this point is it’s a new thing.

One thing Donald Trump knows about is freedom. Oprah once said the only thing money can buy you is freedom. Even though I hear it can also make you horrendously lonely.

The craziest thing I have observed, during the phenomenon this election has become, is the unfortunate brainwashing of the gullible mainstream. So of course they are stressing out creating Fear Fueled Futures and also sadly, wrecking stuff.

This is why media need to have accountability, responsibility and journalistic integrity. This is why any formal mainstream media, in the future, needs to be held to a higher standard. That is if the mainstream media survives at all.

The lies generated by the Clinton machine through the -propaganda media- frightened so many well-meaning people that the fear wave still is palpable.

For those of us who know anything about ‘etheric energy beings’ this Harvest of Fear must be awesome. In fact it’s probably ongoing as I hear Jill Stein is pushing for a recount to get Clinton in. For someone from the Green Party her true colors are sure showing.

However this is one of the most frightening aspects of the election. Now the -propaganda mainstream- blame alternative media sources for polluting the waters against Clinton. The stifling of free speech through the internet is what they’re aiming at. They do not want you to find any truth. For example things like the pay for play Clinton Foundation or the cocaine importing into Mena Arkansas when Bill Clinton ran the state.

The elite want to control every single aspect of information.

So…What and Where is the truth?

Here is a serious truth.

This is a blatant lie. A lie. A blatant attempt to erode the concept of what the Republic was created to protect.

All her crimes aside, this is an example of why she lost the election. 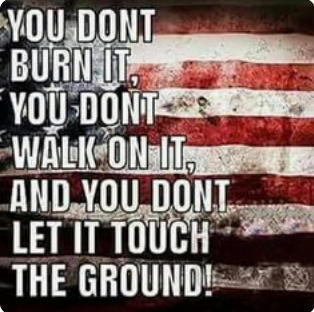 To those of us who understand what kind of a victory this could possibly be ….don’t hold your breath.

To the Clinton camp: Please remember the Gratitude in your heart for the country that you live in. You live in a Constitutional Republic created by the founders to make sure that every voice in your country is heard. A popular vote only is a pure democracy which is Mob rule. Senator Barbra Boxer put forth a bill to end the Electoral College. She is thus a traitor to The Republic.

America is not a dictatorship.

If you don’t want racism, if you don’t want violence against women, then make sure this is not happening in your environment. Take personal responsibility to guard your space and hold your love for Humanity in your heart.

We can’t hope for an Obama or fear a Trump, we must now take personal responsibility to create what we want in each of our communities daily.

Ultimately we must accept the highest truth and most valuable freedom is found within our hearts. Love is the only path to ultimate HUMAN EMANCIPATION.